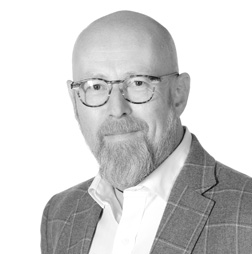 Andrew joined CDC on the back of over 20 years’ experience working within the financial sector, where he managed private client portfolios for a major UK bank. He has also worked as a management consultant, helping organisations from sectors as diverse as housebuilding to healthcare and even public service bodies. Andrew has an MBA from Birmingham City University and was awarded a PhD for his research into how organisations can become more agile and responsive. He now guest-lectures at a number of UK universities and has managed to build close relationships between CDC and local universities.

He is responsible for CDC’s discretionary management offer. This ranges from the design of the offer and setting asset allocation to selecting fund management groups and holding them to account. He also chairs CDC’s Investment Committee which meets monthly. He has a number of core beliefs when it comes to designing investment portfolios but front and centre is the assertion that long term asset allocation is the key determinant of returns. He strongly believes in the ethos of keeping things simple as the pay-back for investing in vehicles which are inherently complex or fashionable, is negligible or non-existent over the long run.

Out of work, Andrew is an avid reader and tries to alternate his book selections between fiction and non-fiction. Having played football and been a member of the British Free Fighting Academy, he tries to keep himself fit, though in his own words, this is becoming an uphill battle. Less physically demanding, though often tortuous is his support for Luton Town football club, as is his new passion, golf.